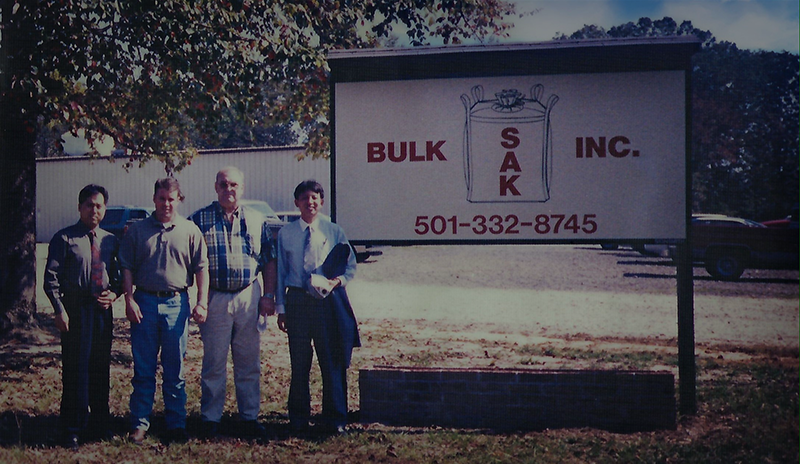 A Tribute to Jack Patterson: Founder of BulkSak Inc.

Jack Patterson, or “Big Jack” as many called him, was a graduate of Memphis State, where he earned a degree in Accounting. Prior to college, he served as an airplane mechanic in the US Marine Corp. Big Jack was a stout man with strong hands and large forearms. He applied much of his military training to his life and business, particularly his proclivity for hard work and efficiency and his knack for improvisation. These traits, coupled with his philosophy to “be a leader, not a follower” perpetuated Jack’s success in life and business. 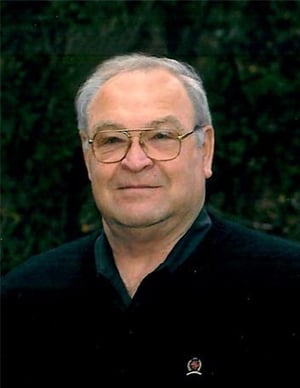 Jack got his start after college working for the founder of the Holiday Press, a division of Holiday Inn where he learned a lot about managing and running a successful business. He left there to take on a role with a company named Knusaga as their General Manager of manufacturing.

Located in Memphis, Tennessee, Knusaga manufactured and upholstered bench-style seats for Chrysler Corporation. In the mid-seventies, Knusaga decided to move their offices to Detroit to be closer to Chrysler with plans to contract out all manufacturing. Recognizing an opportunity to start and manage his own business, Jack put together a deal to buy Knusaga’s manufacturing operations and negotiated a contract agreement to continue manufacturing the seats for Knusaga and Chrysler-securing the success of his business and the jobs of his employees for the foreseeable future.

J&K Company (named for he and his wife, Kathleen) continued to manufacture the bench style van seats for Chrysler until volume slowed down in the mid-eighties. It was at this time that William (Bill) Lovelace, a childhood friend of Jack’s and a successful investor in the hotel industry, approached Jack about an investment opportunity with a bag manufacturing company. Bill needed Big Jack’s manufacturing knowledge and leadership skills to run the operation of the business and Jack needed to secure a future for his employees and business investment.

By 1991 BulkSak Inc. was experiencing great success and had reached capacity at their Memphis facility precipitating the need to expand into a second facility. As fortune would have it, a friend of Jack’s knew of a sewing operation in Malvern, AR that was going out of business. Jack took over their lease and bought the company’s sewing equipment, keeping their employees on.

BulkSak Inc. II remained in an old bowling alley in the town of Malvern for a little under a year until the partners purchased an 18,500 square foot facility that is the current home of BulkSak manufacturing. Attempting to get their footing, and without the full-time attention of Jack who was still running the Memphis operation, the Malvern location’s production and efficiency was low and the company was struggling to earn a profit.

Fortunately, Jack had invested in more than just business and had instilled his work ethic and leadership know-how in his children. Jack’s son, Grant Patterson, had recently graduated from Missouri State University with a degree in Accounting and had taken a position with a public accounting firm in nearby Little Rock, Arkansas. In 1993 Jack contacted his son, Grant, and asked him to go to work for him at the Malvern facility, learn the business and get it profitable. Grant joined BulkSak II in December of 1993 and in 1994 the Malvern, AR business turned its first profit.

Within three years, Malvern was more profitable than their Memphis facility and by 1999 Jack and Bill added on another 30,000 square feet to the Malvern facility. Soon after, in 2001 they decided to move their Memphis imports to Malvern and close the original plant in Memphis. Many loyal employees at the plant had been part of the original staff at Knusaga and had stayed with Jack up until the shuttering of the plant in 2001.

Jack played a progressively smaller active roll in the business, and by 2004, Jack and Bill were ready to liquidate and sell the business so they could retire. They began shopping offers on the business for about a year until Grant took an interest in purchasing the business and bought it from the two partners in 2006.

During his ownership of BulkSak, Jack played a major role in improving the equipment and operating efficiencies of their manufacturing processes. His mechanical inclination led to the development and creation of several improvements in the machinery and cutting tables that he custom built.

Jack was well-read and loved to learn and explore new things. This extended into his business which provided him the opportunity to travel to other countries to meet with suppliers and to observe and understand how they ran their operations. His entrepreneurial spirit coupled with his keen understanding of business and his innate ability to recognize good opportunities allowed him to take calculated risks which reaped reward for him in business and in his personal life.

Jack had many hobbies beyond traveling.  He loved fishing, hunting and cooking and would often host his large circle of friends over weekend visits and would cook for and entertain his guests regularly. One of his most notable hobbies began in 1983 when J&K ranch was born after Big Jack bought 100 acres of land with a home on it in Greer’s Ferry, Arkansas.

In typical Big Jack fashion, he didn’t just buy any old cows. He read and researched and may have been the first cattleman in Arkansas with Texas Longhorns. From there he bought and bred Salers and eventually Scottish Highland cattle. Scottish Highland cattle are known for their long hair and short legs and were an oddity in the eighties before the advent of the internet. As such, Jack’s exotic cattle collection attracted the attention of many who drove by his ranch —so much so, that they would pull over on the side of the road to take pictures.

Jack’s mind was always at work and frequently was inventing new ideas to solve a problem. He often called his son, Grant to discuss his latest great idea or to give advice on new supplier regions he had read up on to consider for their business.

Grant carried his father’s legacy and opportunistic mentality into his own foray as a business owner and in 2012 took advantage of an opportunity to sell BulkSak to a global packaging company, Conitex Sonoco. This strategy allowed the US manufacturing plant to continue to run and operate as a domestic supply source for US customers, while leveraging Conitex Sonoco’s global locations and in-country sourcing employees to advocate for better quality, pricing and responsiveness with BulkSak’s overseas suppliers.

As a result, the BulkSak brand was able to seize greater market share with Conitex Sonoco’s investment in an extended US salesforce, an in-house team of material science engineers and a savvy sourcing team.

Today, Grant continues to work for Conitex Sonoco’s BulkSak division carrying on the family tradition. Regretfully, on March 1, 2020, Jack O. Patterson, lost his battle with cancer and passed away at the age of 84.

To the customers and loyal employees who knew and worked with Big Jack, we extend our gratitude for helping to make BulkSak the brand it is today.  To the family, friends and business partners of Jack, we express our condolences and our heartfelt appreciation for the life work of Big Jack Patterson.

Conitex Sonoco welcomes the opportunity to meet with you at these upcoming events: